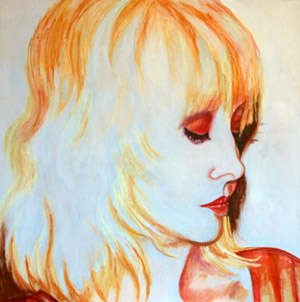 INTERVIEW QUESTION: What are the areas of Therapy that really interest you and why?

People become interesting the moment they’re born, maybe even before birth, and they stay interesting even after their life has ended. Those who leave us in death always remain part of us; we have a relationship to the memory they hold in our mind. So, I’d say what interests me is the person who walks into my office and tells me who they are, who they were, or who they wish to become.” (p. 46)

LIBBY KESSMAN: How was your book conceived?

"Not just the patient, but also the therapist must yield to emotions and be vulnerable in order for there to be therapeutic developments." ~FR

This view seemed strange to me because we don’t analyze any other transference out of the treatment. Why did this transference get such a lowly rating among other transferences? I remember right around the mid-nineties reading Jodi Davies’ (1994) paper titled "Love in the Afternoon" in Psychoanalytic Dialogues. In this essay she spoke about feeling sexualized feelings for one of her male patients, and after much deliberation, she decided it was therapeutically important to disclose this information to the patient. She did, and her patient benefited from her disclosure and their work on this issue. Davies received some criticism on this paper, but I thought her work was extremely appropriate and very much what I was experiencing with my own patients. I thought, however, that Davies still held to the notion of developing the erotic transference into a less sexualized transference so that her patient could continue his emotional growth. I object to this approach because the patient may feel that he or she has to neuter his or her feelings in order to please the analyst and remain in treatment with the therapist.

It’s my experience that some people just speak a rather informal sexualized or sensual language. With some of my patients I thought, Why don’t I just go along with them and see where they’re headed?

LK: You mean, it’s kind of a flirtatiousness?

FR: It starts that way. Sometimes it starts as soon as the therapist opens the door and we realize that the patient seems just a bit overinterested in our getting to know him or her and in emotionally penetrating us. Of course, this sexualized dynamic could be a defense, but sometimes it’s not a defense. Sometimes it’s a means of communicating that can eventually be used to enter the patient’s inner world. Sexualization or loving feelings can create very intimate emotional opportunities between two people. Obviously, such feelings can’t be behaviorally enacted between therapist and patient. In our analytic world, we use words to communicate our emotions, not behaviors.

LK: You know, in thinking about this interview and having read your book, I’m reminded of something Edgar Levenson (1972) said: "As analysts, we’re paid to be vulnerable."

FR: I agree with that entirely.

LK: It strikes me that you’re taking this idea to a new level.

FR: Manny Ghent’s (1990) ideas on surrender are wonderful in the way he understands the notion of emotionally yielding to another individual. Not just the patient, but also the therapist must yield to emotions and be vulnerable in order for there to be therapeutic developments. Ghent is very spiritual in his response to the individual’s inner world, and I’ve kept this idea as my analytic mantra in work with patients. If I am asking a patient to become vulnerable, then I’d better be prepared to take a similar emotional risk in the treatment if it’s indicated or thoughtfully requested by the patient.

Réage had been a young Parisian writer who was determined to seduce her publisher into a long-term sexualized relationship. In the way Réage enticed her publisher/lover into a sexualized affair by writing an exquisitely seductive book on sadomasochistic sex, I felt my straight female patient was enticing me with her tales of sexualized behaviors between her boss and herself. As it turns out, Réage and her publisher maintained a 30-year affair that was initially laced together with the chapters of her book. In a similar way, my patient and I developed a very intense erotic transference/ countertransference dynamic that aided in a creative and very intimate journey into her inner life.

"For me, love is really a very emotionally warm and moving feeling, but it’s not as intense and interesting as sexualized feelings." ~FR

LK: When I was in analytic training, I had a sexual dream about a male patient of mine. In the dream, we had an affair, and when I woke up, I was so relieved it was a dream because I was worried about losing my license and everything I’d been working for. So, I think when you talk about these things, they’re what people feel anxious about, especially when you go to the point of talking about how you changed the way you dress. I was really struck by the chapter in which your supervisee wrote about her experience and how comfortable you have to feel in yourself to allow the erotic transference to unfold.

LK: One of the things I really liked about your book is your writing style. I really couldn’t put it down. I felt as if I was reading the most compelling literature.

FR: That’s a beautiful compliment and one that’s so ironic to me because I never considered myself to be a writer. I believe I’m a good storyteller, and within storytelling I relate other people’s narratives that interest me. I know there’s supposed to be a structure to writing psychoanalytic material: in the beginning of the paper we cite the purpose and then create the theoretical hypothesis as we present our own ideas, which we sometimes illuminate with clinical data. I have found that if I write an outline I tend to forget to refer to it while I’m writing. I have also realized that the psychoanalytic notion I start writing about takes twists and turns that I didn’t anticipate creating, so I’m always surprised at where my writing takes me.

"Well, I write the way I think. It’s got a free associative quality; it’s a rather fluid process. I find that in writing I’m actually on a journey through my mind that I didn’t entirely anticipate." ~FR

LK: So you write as if you’re writing a work of art.

FR: Well, I write the way I think. It’s got a free associative quality; it’s a rather fluid process. I find that in writing I’m actually on a journey through my mind that I didn’t entirely anticipate. It’s like opening up a door in your mind and being surprised at what’s behind it, and it’s just a lucky thing that I happen to be seated at the computer while these words exist and my fingertips move the keys on the keyboard. In writing, I try to ask the reader to accompany me while I think about ideas. My writing style presents a certain vulnerability in my wanting to take emotional risks when I’m writing about an idea or a concept, and so I think it appeals to people who are interested in other’s vulnerabilities and inner experiences.

LK: I’m struck by how open you were about yourself in this book, which is unusual in the literature for people who write about their patients. I mean, you really put yourself out there.

FR: Well, I think the heart of psychoanalysis lies in the therapist. I believe our practices depend on our character and how we present ourselves and relate to people. One reason my patients attach to me or have emotions about me is because I try to become as real and as vulnerable as I can be. I create a demand within myself to be as emotionally available as I can be with patients. My feeling is that if I’m asking my patients to take emotional risks in their treatments, I must be willing and capable of taking similar emotional risks in their therapy if it is therapeutically appropriate.

LK: I think the most really radical thing in your book is that sexualized feelings are a way to connect for some people. It’s such afresh idea and yet commonsensical, too.

FR: Well, many people relate in a sexualized and flirtatious manner. In the corporate business world, there are rules against sexualized behaviors, which means lots of people must be relating in a sexualized way. Personal trainers at the gym know this, dance instructors know this, and service industries and advertisers entice customers through covert sexuality or sensuousness.

LK: Speaking of the physical, I thought the chapter where you integrated your tango lessons into one of your treatments was so wonderful. It felt very natural for it to be an outgrowth of your tango lesson. It felt so uncontrived.

FR: You’re referring to the female patient who has a fetish about amputees. Yes, I felt quite disgusted listening to her sexual feelings about her desires (the patient also experiences intense disgust). In one session, I found myself daydreaming about my tango lesson and actually had the body experience of the swirling tango movements and of watching my feet move along the floorboards of the dance floor. In a sense, tango dancing highlights disjointed body parts, one’s torso moving in one direction and one’s legs moving in another. At first I thought I was escaping my patient’s narrative through my countertransference desire to leave the room emotionally for a more comfortable environment. I realized in a moment, however, that my body’s experience of moving to the tango in my daydream could be the experience my patient was having as she related her desire for amputees. Instead of dismissing my countertransference, I told my patient that I was experiencing something I wanted to disclose to her. I related my daydream and wondered if it made any sense to her in regard to her narrative. She was fascinated and thought my experience had captured the dizziness she was feeling as she talked about her wish to have sex with an amputee.

FR: Yes. To my mind, there’s a possibility of sexuality in all things we relate to, because humans are sexual beings.

LK: What advice do you have for therapists who are intrigued by your ideas but feel tentative or timid about applying them in their practices?

LK: I’ve enjoyed our conversation. Is there something you would like to say about your next book?

FR: I actually have begun the first essay that I hope will be in the next book. It’s about memory and fantasy and sexual desire.

Libby Kessman, CSW, is faculty member and supervisor at the Psychoanalytic Psychotherapy Study Center (PPSC) and is in private practice in Manhattan.